Oculus Quest all-in-one VR gaming headset, coming with one Oculus Quest headset and two touch controllers, is the next step for VR experience. No PC. No wires. Now you can explore VR world from almost anywhere. Your natural movement and gesture can be precisely translated into virtual space for intuitive interaction, thanks to Oculus Insight Tracking technology and Oculus Touch controllers. Setup is quick and easy with the Oculus App. So buckle up, and get ready to be amazed by an incredible library of VR games in the Oculus Store.

Set up effortlessly whether you're at home or someplace new.

Your hands and gestures appear in VR with intuitive, realistic precision.

Users get a USB-C charger + adapter designed to charge up to Oculus Quest.

Wear your glasses in VR with an ergonomic interface to fit most eyewear. 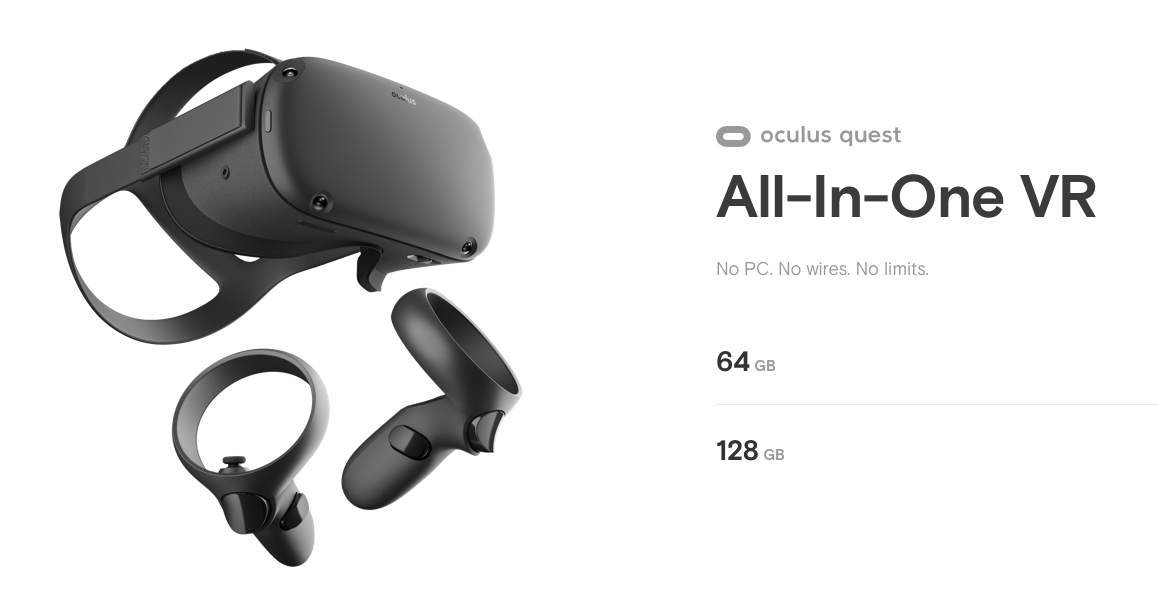